Enjoy One Of The Best Cycling Safaris In Africa

Enjoy One Of The Best Cycling Safaris In Africa 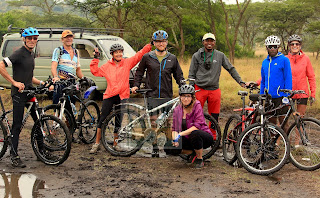 Rwanda; situated in the Heart of Africa, is a pristine Africa safari destination famous for its rolling hills, making it an ideal destination for off-the-beaten-track cycling tours. Cycling tours in Rwanda offer a fascinating adventure that you shouldn’t miss in your safari Rwanda. However, much Rwanda is more famous for its mountain gorillas in the volcanoes National Park, cycling is just an exciting and memorable adventure that gives you a chance to know Rwanda in details.

Rwanda also referred to as “the land of a thousand hills” has a stretch over numerous hills and valleys, with roads winding crazily around and across the contours making Rwanda the best destination for cycling. There are different cycling routes in Rwanda where travellers enjoy cycling through the verdant countryside with very impressive backdrops, great areas of natural beauty and other places that cannot be reached by car. These cycling routes that can be used for Rwanda cycling safaris start from Kigali; the capital city of Rwanda, then head out into the forested chain of volcanoes that stretch from the Democratic Republic of Congo to Uganda and in the northwest areas of the country. The top cycling safari routes in Rwanda

This route starts from Kigali; Rwanda’s capital city. As part of your adventure, you will do a Kigali City tour ride through Kigali city’s gentle hills to various tourism sites including the Kigali Genocide Memorial Center, the National Museum, the Kigali Convention Center, historical Kiyovu, and the Caplaki craft market where you’ll find a variety of charming souvenirs made from wood, banana leaf, fabric and pottery which you may purchase at your will.

This is a very adventurous scenic route though it’s quite challenging. You will ride through the hills across the bounds of Kigali city. A cycling safari Rwanda on this route provides amazing views of the entire city and a taste of country life. As you ride on still, you will enjoy the views of the lake and an area of woodland and scrub in the valley above the golf course and between the ridges of Nyarutarama and Kacyiru that are just near the city Centre. 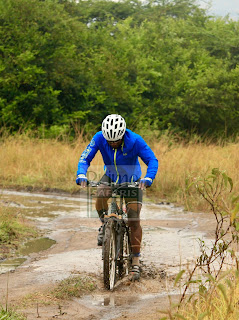 This cycle route was officially opened in 2009 and it starts from Gisenyi and heads to Kibuye, rising along the gap that separates the Nile and the Congo River. The Congo Nile trail is characterized by a twisted network of trails and roads running from Gisenyi, north of Lake Kivu, to the town of Cyangugu. The trail curves 140 miles along the shorelines of Lake Kivu curving by spectacular bays and headlands. Cycling along this trail involves rising and dropping abruptly to the lake via dirt roads, lakesides, single tracks and a redirected track in the forested

The scenery is made up of unending rolling hills and great towns and villages. This gives cyclists a glimpse of Rwandan rural life which is rarely, or not at all, experienced by city dwellers. For the adventurous type, cyclists can ride through the narrow footpaths that snake along the hills and villages instead of using the wider main roads.

This cycling trail takes you for a ride along the eastern side of Lake Kivu from Rubavu across tiny rural settlements and coffee plantations into the lovely lakeside town up to Karongi (formerly Kibuye). After cycling, you can go for a Rwanda gorilla safari or a Rwanda gorilla trekking safari tour.

About the Author: Promotions Department