What Is The Life Span Of A Mountain Gorilla In The Wild?

Home//Blog//safari news//What Is The Life Span Of A Mountain Gorilla In The Wild?
Previous Next

What Is The Life Span Of A Mountain Gorilla In The Wild? 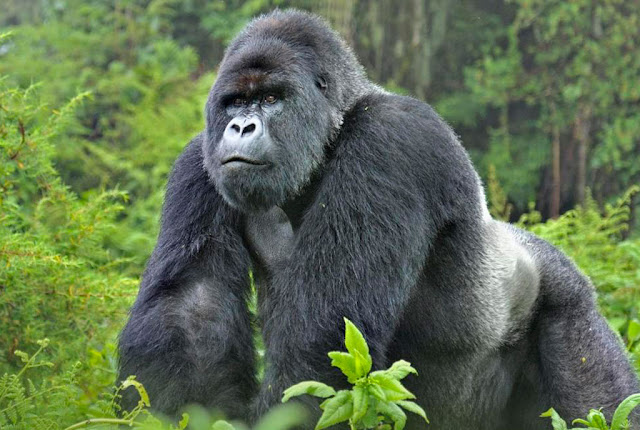 Gorillas have always been facing decrease in population and gorilla trekking Rwanda safari, Uganda safaris or Congo safaris are a trending activity in Africa. One of the popular questions is for how long do gorillas live? and here is how long; The lifespan of a gorilla varies depending on the species and habitat. In the wild gorillas can live up to the age of 35-40 years or even more.

In captivity, gorillas can live up to the age of 50 years.

At an older age, the younger gorillas look after the old gorillas. This is because they are very social animals and this s seen on Rwanda gorilla trekking safaris as the silverback takes care of the family.

Female gorillas are sexually mature at around 7 to 8 years of age and can even have their first estrus cycle by then though they do not usually reproduce until they are 10-12 years old. Surprisingly, after their first ovulatory cycle, they have to wait for a two-year period to breed or procreate an infant. Females are in estrus (recurring period of sexual receptivity and fertility in many female mammals) for 1 to 2 days per month and only the dominant silverback has breeding rights. The reproductive cycle is 28 or 30-33 days per month depending on the subspecies. Female gorillas give birth to 1 offspring per delivery, and rarely produce twins. After birth, ovulation doesn’t occur again until about 3-5 years. Male gorillas mature at a later age than the females and are rarely strong and dominant enough to reproduce before 15 to 20 years of age. The male mountain gorillas prefer to mate with fertile females. Gorillas share several mating behaviours just like human beings. Similar to humans’ gorillas may breed all year round and childbirth can occur at any time of the year. However, they are polygamous in nature because of the dominant silverback mates with several females in his group/family. Though polygamous, in gorilla groups that have several males, females may be forced to copulate with more than one.

At an older age, gorillas suffer from loss of teeth, which affects their feeding. The effects on how they eat leads to a reduction of their lifespan since their survival depend on healthy feeding. Mountain Gorillas often suffer from arthritis (joint inflammation) which damages the bones, feet and hands reducing on their rate of locomotion. This reduces how much they can look for feed for themselves. The possible predators of gorillas are the leopards and crocodiles but luckily in their natural habitat, their predators don’t live there. Human beings are the greatest threat to gorillas. Humans have contributed to habitat loss of the gorillas by invading their habitats for settlement. Diseases affect the lifespan of gorillas too. Gorillas are susceptible to diseases similar to those that affect human beings that’s why trekking them is controlled.

About the Author: Promotions Department